So I was at Pietro Ristorante two days ago. Not as a blogger, this time as a musician and a part of my quartet who played for the Launch of Libra Elite!

Didn't get the chance to take many photos cos I was playing on stage. Together with the quartet formed by students from Pastorale Music School, run by my violin teacher. 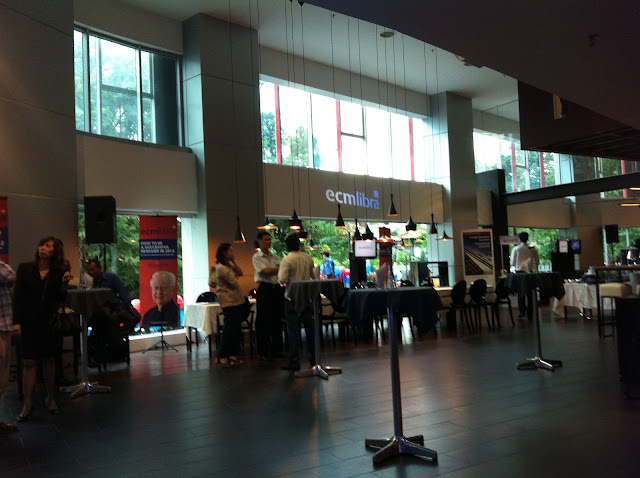 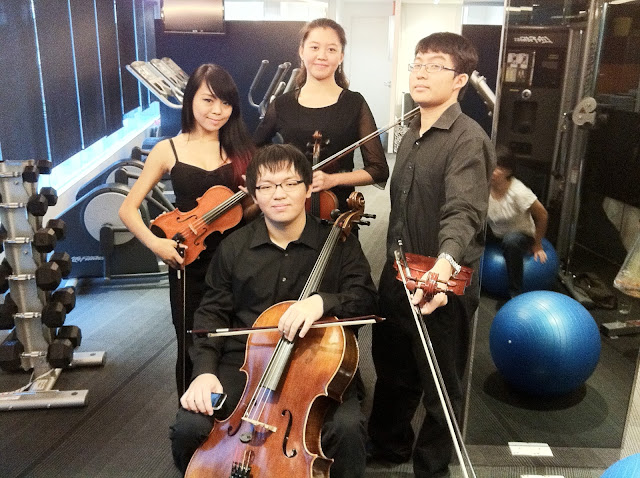 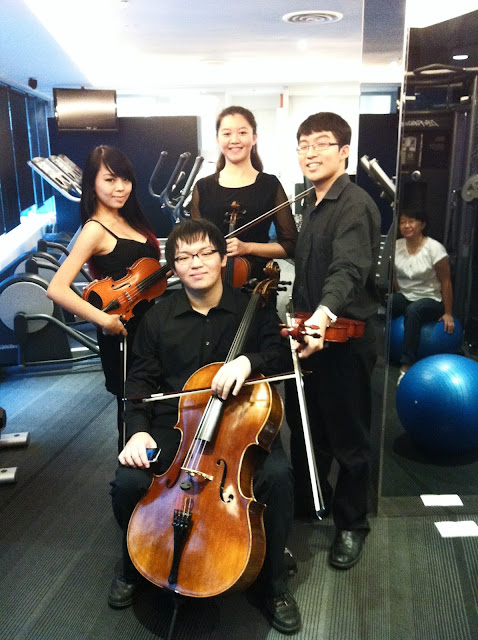 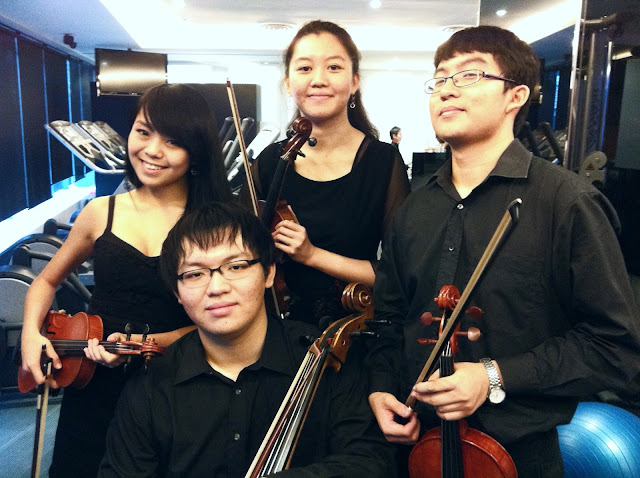 Our attempts at taking a group picture.. Unfortunately the only space we had was the gym. Haha 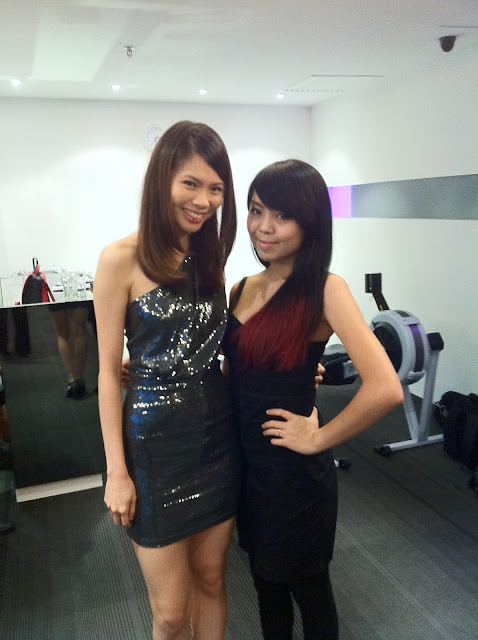 And Mei Sze was there as well! Stunning as ever in her sequin dress. She emcees well, okay, don't mess. 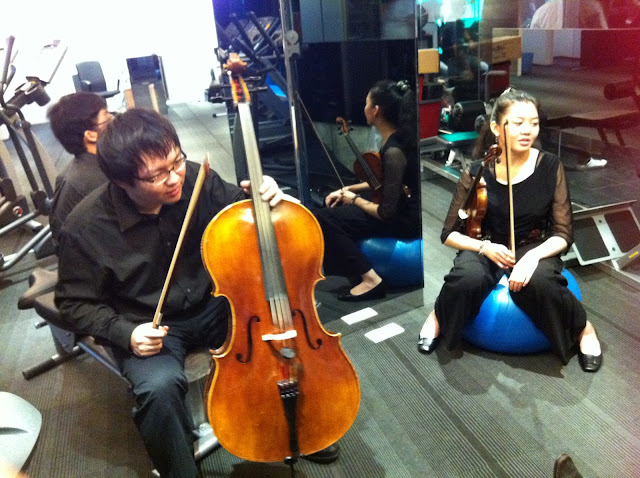 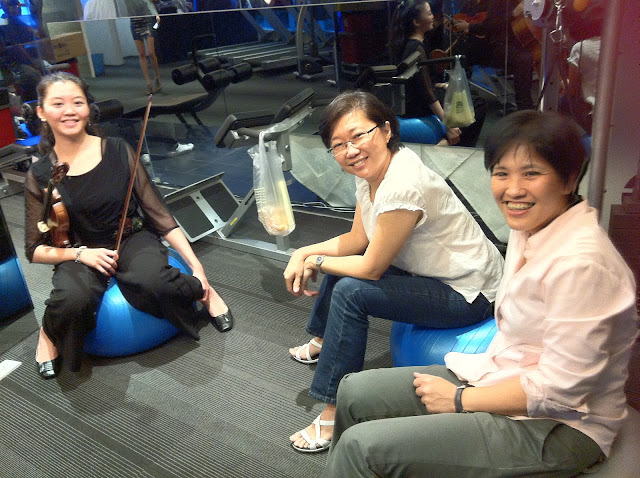 Chilling at the gym during breaks. That my teacher in pink up there *points* 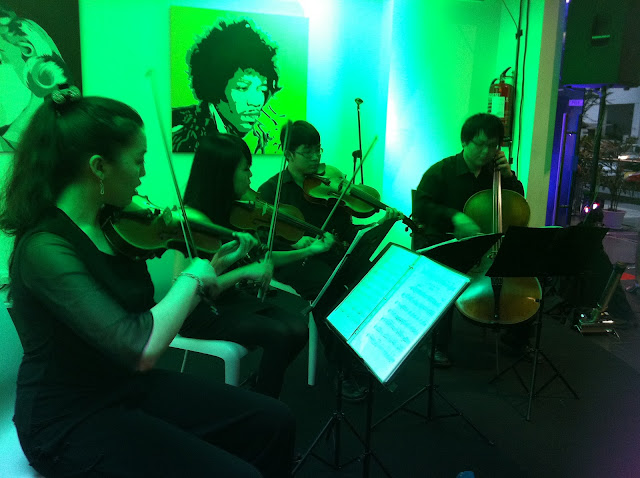 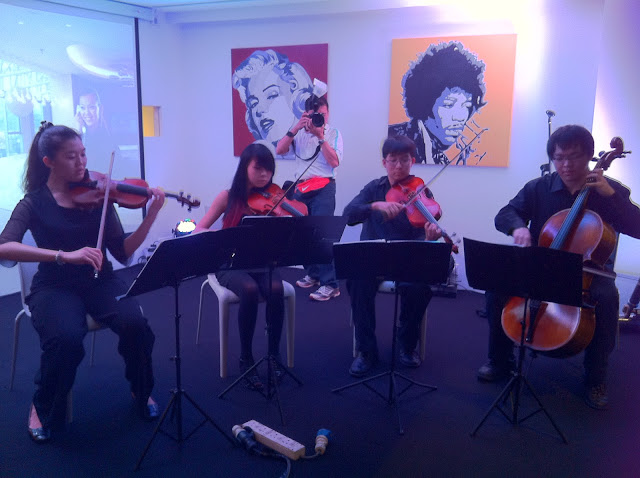 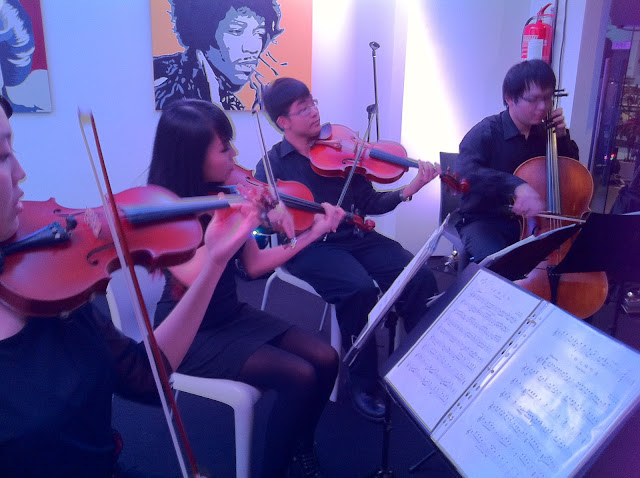 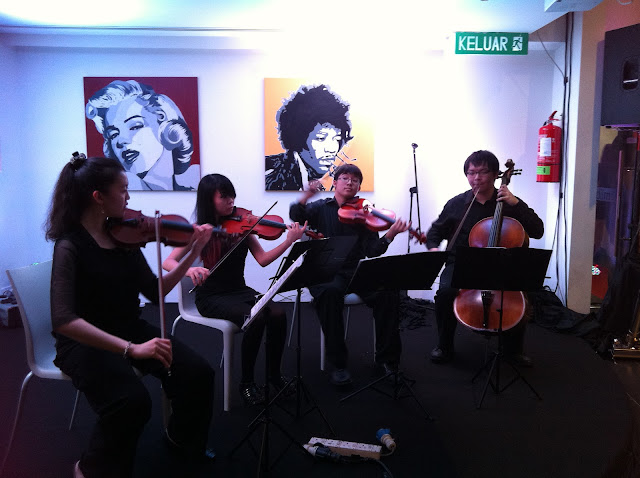 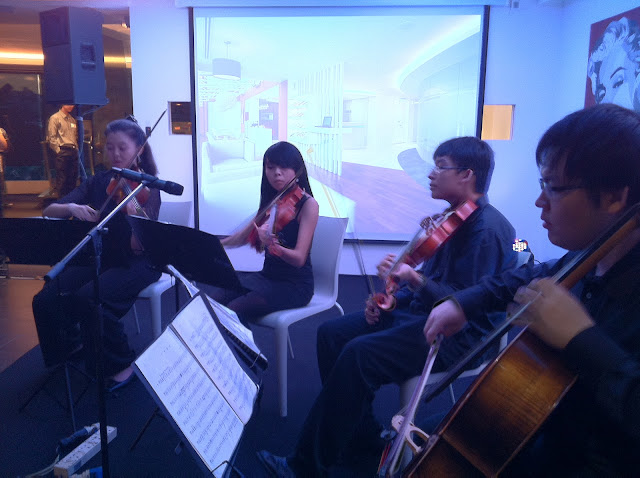 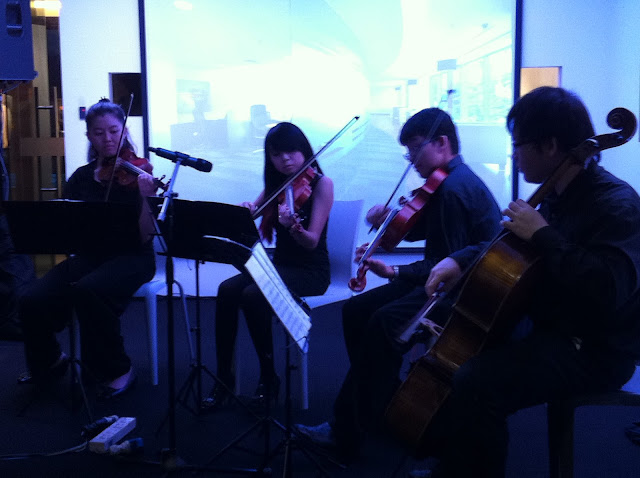 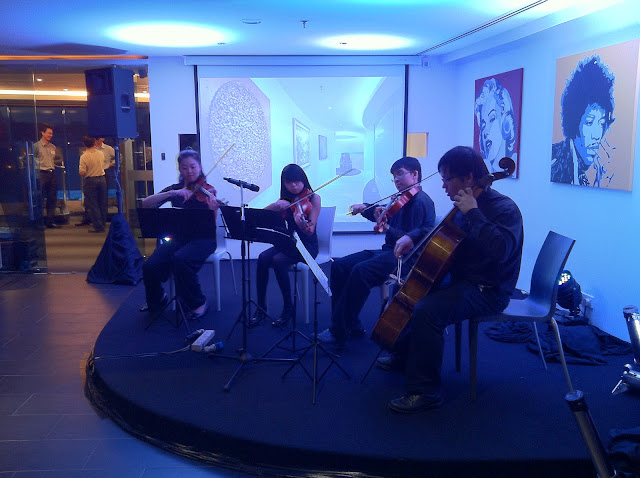 It was my first time performing with a quartet and all of our rehearsals were so much fun! :) Too bad it ends after that day. Hope to perform with them again.
I've been so tired lately. Always on the go, you can probably see the tiredness on my face in pictures. 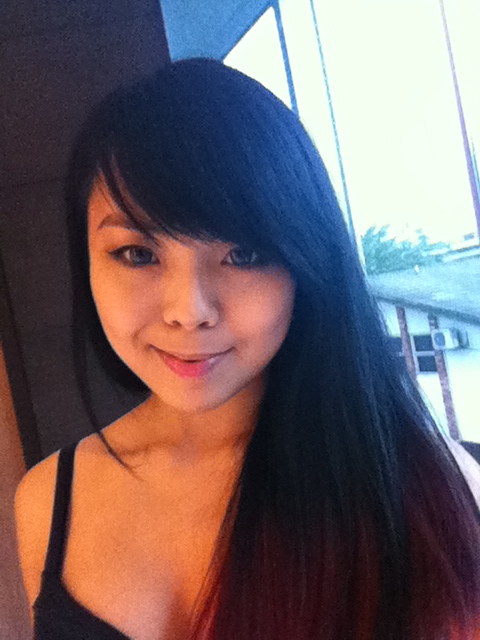 Anyway, that was it. Met Sab's mom (who was a stockbroker) at the talk given by Grandmaster Yap who made an appearance at the event as well.

Had to rush back to catch some Zzz's for Johnnie Walker the next day!
Posted by Ashley Mah at 23:26